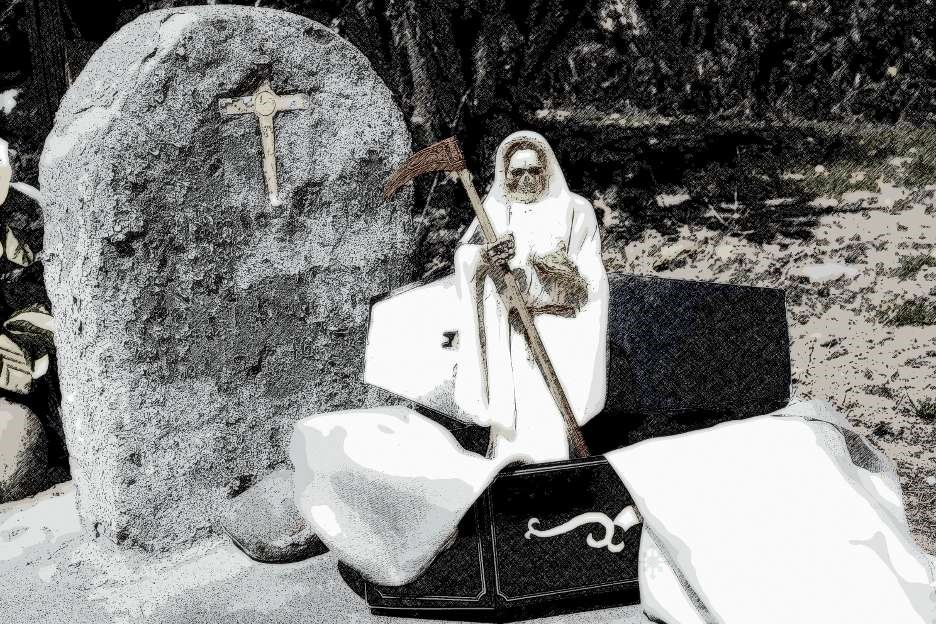 Someone who is embarking on one of life’s great adventures does well to call upon Niña Blanca. This aspect of Santa Muerte is the guardian of new beginnings, and she is a powerful protector! She can prevent problems from taking root, which is invaluable for someone starting a new business or who is considering buying a home. Niña Blanca lends her acceptance and purifying loving grace to anyone who asks it of her. This makes Niña Blanca a powerful aid for someone who is recovering from addiction.

Her powerful abilities to cleanse, purify and renew are why Niña Blanca is considered the soothing and forgiving face of Santa Muerte.  Niña Blanca washes away bad luck and negative energies, leaving behind a powerful protective shield against negative spells, curses and hexes.  Calling upon Niña Blanca creates a peaceful environment free of bad luck and mischievous energy.

The white aspect of Santa Muerte is particularly fond of offerings that symbolize cleansing and renewal.  Her favorite gifts are white flowers and candles.  She also likes glasses of pure water and dishes of salt.  I also often give her seven shiny silver coins when she does me a big favor.

The rosemary plant is often used with Niña Blanca.  Called the “sickroom herb” for millennia, it has been used to wash sick people because the plant has antibacterial qualities.  It also has a strong, woody odor that was thought to drive off harmful, disease-causing spirits.  Rosemary is often used as an incense because the clouds of smoke are thought to help with this.

Caring for an aloe plant in Niña Blanca’s name is also an excellent offering to make to this aspect of Santa Muerte.  Aloe is mostly water, which is why it brings with it a continuous aura of renewal and purification.  It has also been associated with the dead and spirits of the dead for millennia because it was used for embalming.  This is why aloe goes well with Santa Muerte.